The City has an open seat on the Planning & Zoning Board. If you have interest of serving on this board, please stop in City Hall or contact Marie at 712-832-3527. 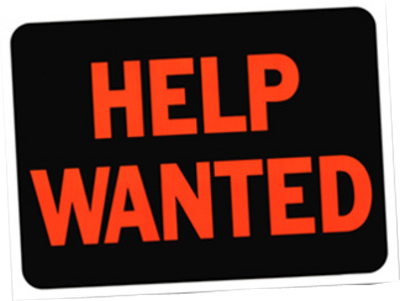 CITY OF LAKE PARK – HELP WANTED: City of Lake Park is accepting applications for a part-time cleaning position. This will primarily be the Community Center with the possibility of other locations. Application period open until position filled. Applications may be mailed/picked up at City Hall, 217 Market Street, Lake Park, IA 51347, emailed to This email address is being protected from spambots. You need JavaScript enabled to view it. , or call 712-832-3527 to have one sent.

NOTICE OF PUBLIC HEARING OF THE CITY COUNCIL OF THE CITY OF LAKE PARK, IOWA, ON THE MATTER OF THE ADOPTION OF A PROPOSED CITY-WIDE URBAN REVITALIZATION PLAN

Public notice is hereby given that the City Council of the City of Lake Park, Iowa, will hold a public hearing on December 12, 2022, at 7:00 P.M., in the Council Chambers, City Hall, 217 Market Street, Lake Park, Iowa, at which meeting the Council proposes to take action on the adoption of a City-Wide Urban Revitalization Plan ("Plan") for the City-Wide Urban Revitalization Area ("Area") described therein, under the authority of Chapter 404 of the Code of Iowa, as amended.

The proposed City-Wide Urban Revitalization Area ("Area") to be established by the Plan includes the property described as follows:

All real property contained within the incorporated limits of the City of Lake Park, Dickinson County, State of Iowa as of the adoption of the Plan.

The Plan, if adopted, will allow property owners to apply for abatement of property taxes on a percentage of actual value added by eligible improvements to property in the Area assessed as residential or commercial property. Limitations will apply.

Any persons interested may appear at said meeting of the Council and present evidence for or against the adoption of the Plan.  The proposed Plan, including a map of the proposed Area, is on file in the office of the City Clerk and available for public inspection or copying during ordinary business hours.

The Lake Park Police Department is investigating a series of swatting incidents that have occurred in Lake Park in the past several weeks. The most recent event occurred this morning with a report of a bomb threat to the Harris-Lake Park Community School District. After further investigation, law enforcement concluded that there was no immediate threat to the school, its students, or the staff.

69.10 SNOW REMOVAL. Between November 1 and April 1 no vehicle shall be left standing or parked on the City streets of the City between the hours of 2:00 a.m. and 6:00 a.m. on any day. At all other hours during such period, on-street parking shall be permitted only when the same does not interfere with the removal of snow and ice from City streets, and vehicles so parked shall be removed from the street by their owners within 15 minutes of demand made by an authorized City employee for such removal. After such notice, it shall be unlawful to park on such streets until the snow removal operation is completed in the area involved. For a violation of the provisions of this section, the fine shall be $25.00 for the first offense, and $50.00 for a subsequent offense, notwithstanding the provisions of Section 70.03.