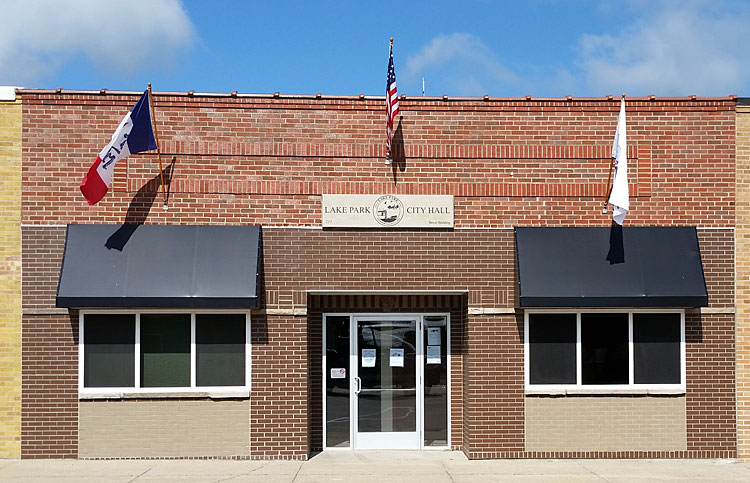 Lake Park City HallMatt Carstensen was elected mayor in 2019 and took office on January 1, 2020. He was reelected in 2021 for another two-year term which will expire on December 31, 2023.

Lake Park has a five-member City Council. The Council holds regular monthly meetings on the second Monday of every month at City Hall. The meetings are open to the public and the public is encouraged to attend.

All items wishing to be added to the City Council's regular meeting agenda must be turned into the City Administrator no later than noon on the Wednesday preceding the second Monday of the month.

The duties of the City Administrator are numerous. Among them are:

The City Administrator's Office is responsible for maintaining all official City records in compliance with the Code of Iowa and other state, federal and local regulations. This includes the preparation of City Council agendas, public notices, minutes, recording actions taken by the City Council and maintaining records of the City's ordinances, contracts, agreements, and other historical and legal documents. The Clerk's Office regularly provides information regarding Council actions, procedures, and City ordinances to the public and other city departments. In addition, various licenses and permits are issued and parking violations and other miscellaneous fees are collected.

You may do the following at the City Administrator's office:

About the City Hall building 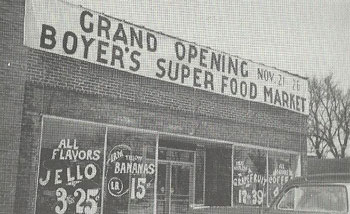 The building continued to be used as a grocery store, then a coffee shop, then stood empty for some time. In June of 1992, the Boyer family sold the building to the City of Lake Park. The interior was remodeled and on December 5, 1992, it became the new home for Lake Park City Hall and Lake Park Municipal Utilities.