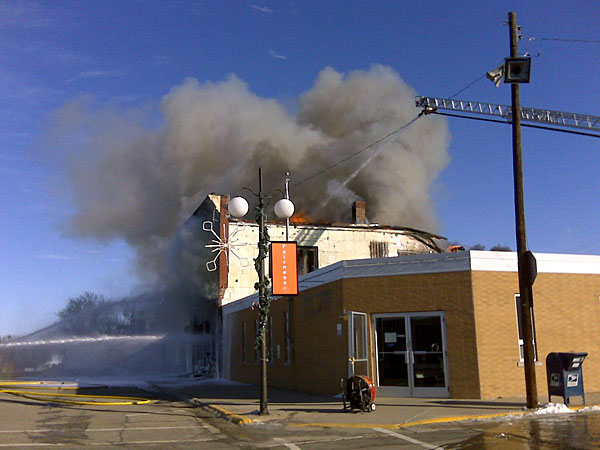 Smoke and flames poured from the clinic around 11:00 a.m. Sunday.A fire Sunday in Lake Park destroyed three downtown buildings and damaged the Post Office. The Lake Park Fire Department was paged at 10:00 a.m. to a fire at Hemphill Family Care Center. Shortly after arrival the Fire Department requested mutual aid from the Spirit Lake, Harris and Ocheyedan Fire Departments. Other neighboring departments were called for assistance in hauling water and for manpower. A total of 11 departments fought the blaze throughout the day Sunday. Those assisting the previously mentioned departments were: Everly, Fostoria, Superior, Arnolds Park/Okoboji, Milford, Lakefield and Round Lake.

In the end, the building adjacent to the Post Office which housed the clinic, operated by Denise Hemphill, was destroyed as was the building to the north and also the next building which had housed the former Carstensen's Meats. The post office did receive some damage, although the extent is not known at this time.

The Lake Park Fire Department will keep an eye on the smoldering rubble through the night, watching for flare-ups. There were no injuries in Sunday's blaze. More information will be posted as it becomes available. 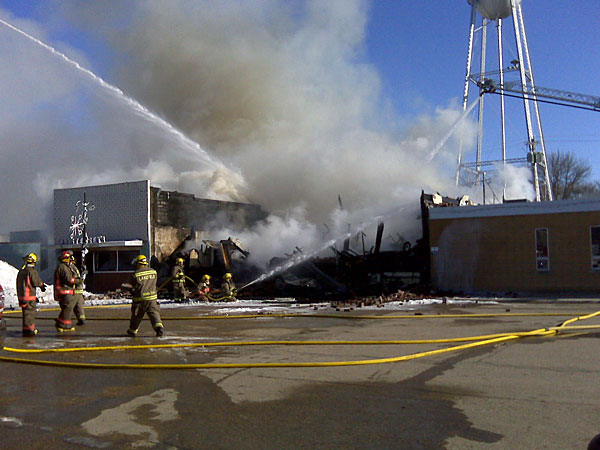 Both the Hemphill clinic and the adjacent building to the north had collapsed by 1:00 p.m. from the fire. 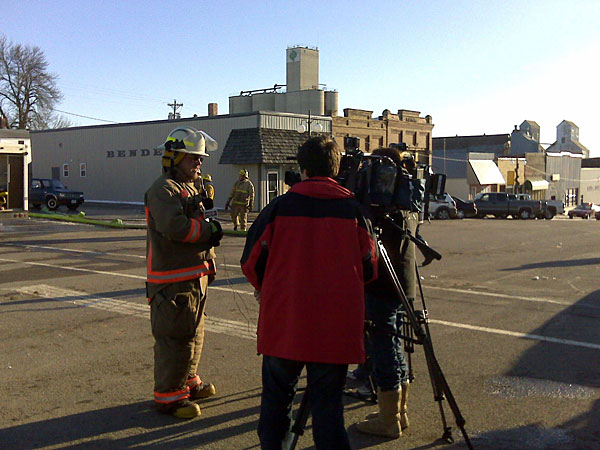 Lake Park Fire Chief Brandon Ehret speaks to the media about Sunday's fire. KELO, KCAU and KTIV were in Lake Park to cover the blaze. 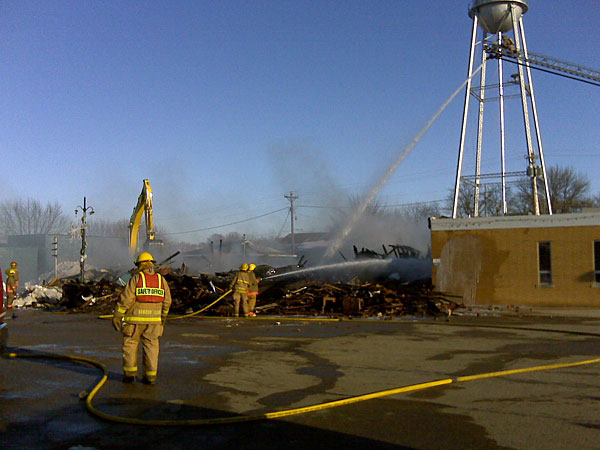